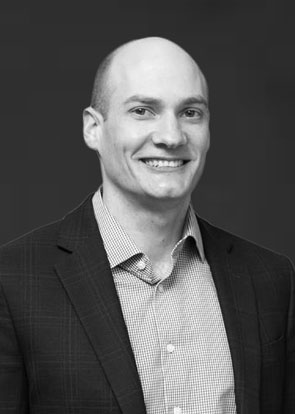 Please fill in the form

Over the last two years, many companies faced unprecedented challenges due to the economic shutdown as COVID hit. Many industries did well ‒ pharmaceutical, manufacturers of barbeque equipment, streaming services to name a few. On the flip side, many struggled and continue to struggle. Some were acquired at pennies on the dollar, some faced bankruptcy, and some closed their doors.

This is a case study of a nursing home that struggled, altered its normal way of doing business, relied on business connections and support offered where it could be found, and made profound changes in how it looked at problems the company faced. While the lessons learned here were during a turnaround, they can be applied to any organization to help improve performance and growth.

The company had foreign owners who first acquired the home by purchasing the real estate involved. Living abroad, the owners needed a strong leader who would be present to run the operations in their absence. When COVID hit, they knew they needed to hire a strong leader. Additionally, expenses were rising higher than revenues, and it was hard to determine the reasons due to the lack of reporting and financial controls. There were also staffing issues as turnover was high and there were conflicts among the staff. Human resource administrative tasks also fell through the cracks, causing employee complaints.

The nursing home had almost no idea what its expenses were and thought things were successful because there was money to pay the bills. The reality was that there wasn’t a lot of money, and the operation was not performing well. We were brought in as turnaround and strategic consultants.

Our goal was to turnaround this hard-hit organization by building cash reserves, designing and leveraging financial controls to reduce costs, collaborating to increase sales, and resolving or mitigating personnel issues. We assisted by developing a crisis plan to turnaround and improve operations, and increase the value of the business.

The foreign ownership needed a person who was locally available and present. After searching for the right candidate with a focus on industry experience, they were not successful. As the hiring process proceeded, they opened the parameters of the “right candidate.”  They ended up hiring a person who had no nursing home or patient care experience. This was a 180 degree turn for them as their initial thoughts were to hire an industry expert. They changed their way of thinking.

The person they hired was previously a general manager with a trucking company. The decision came down to the following factors: strong leadership and management skills, high level of care for employees and clients, and knowledge of what it took to make money. However, what sealed their decision was the realization that there was a common challenge that trucking firms and nursing homes faced. The similarity was the struggle to hire and retain staff within their respective industries. They realized that the trucking firm candidate navigated these waters for years and could bring deep experience to this battle.

We helped prioritize what’s important and took on a value-added support role so the general manager could remain focused on operations and make the stakeholders happy and safe.

It was clear that the first need was to bring in cash to make payroll and keep the home running. Otherwise, we found out that they would be out of cash within a month.  We assisted the home in obtaining a PPP1 loan, which has been the lifeblood for many organizations during this pandemic. With an infusion of over $1M in cash, the client could move out of panic mode. However, there was still a long way to go.

Step Three: Develop and Implement the Use of Financial Tools

We developed a 13-week cash flow tool to better understand where money was being made and being spent. There were not many immediate cost reduction opportunities and, due to being a nursing home, costs increased substantially with all the additional safety measures required under the COVID guidelines. We all now understood the grave reality, but at least there was cash in the bank.

While discussing sales for the cash flow tool, we discussed the need to identify the company’s competitive advantage as it relates to revenue retention and the ability to bring in new residents despite the environment. It was determined that reducing food costs was a key move. The home was spending increasing amounts of money on food costs. So, the team agreed the best strategy would be to hire a top-notch chef to assist with food cost reduction by offering food prep efficiencies and higher quality of food outcomes.

Tapping a previous acquaintance, we found someone who had lost his job when his restaurant closed due to COVID. We helped with a cost-benefit analysis for the client and found that this move had the benefit of improving quality and reducing food costs, which outweighed the increase in payroll for the chef’s salary over time. Staff were happier with this outcome and the residents loved the superiority of food offerings. This also became a favorable differentiator when bringing in new residents.

The next step was adding key financial controls and learning to use them to improve operations. For example, a first-ever budget was created. Implementation included comparing actual results to budget and reviewing expenses each week to determine if there was waste or if an expense was a necessary cost. We were able to identify over 20% in cost savings related to food purchases using this tool and identify low return on investment marketing. We also negotiated to reduce management fees paid to the owners by half. STEP FIVE: Manage the People Problem

The next area to address were the personnel issues which included high turnover, staff conflicts, administrative issues, and fearful staff that had no choice but to be onsite as a work-from-home situation was not possible.

Since the cash transfusion and controls freed up the general manager to focus on core areas, he concentrated on making sure staff felt safe by adding significant health safety measures and talking through any staff conflicts that would arise.

During brainstorming sessions with the general manager, the team noted we were connected to healthcare staffing agencies and had knowledge of and access to a staffing app. The general manager now had access to a larger staffing pool and did not have to worry as much about hiring. He was a strong proponent of staff satisfaction as part of their service promise to clients, and the staff took notice.

Ultimately, an investor came in and purchased the nursing home at a price higher than the owners’ initial investment, with the general manager as a stakeholder. During the sale of the business, it was clear that we assisted in increasing value by having these tools and processes in place to present to the investor.

There are now systems in place to manage costs, drive revenues as the economy continues to open, and increase profits. And as a side note, a recent conversation with the general manager relayed that the staffing issues still exist but have noticeably decreased.

There are some important learning lessons from this story. It’s important to strategize and come up with a business plan that is measurable. This includes financial controls such as budgeting and results analysis to determine why an organization is reaching its goals or not. It’s recommended to set up an accounting and administrative process so that the business can focus on the core issues and opportunities. It’s also important to network and leverage your network. Finally, the GM really drove home that people are essential to the organization and should be prioritized.